Until just a few years ago the term Future Materials was a buzzword; materials so exotic that they found their way into our imaginations and were a necessity in the latest sci-fi shows and movies. Future materials, or rather the term, have existed for millennia, each civilization had people working on the best materials for construction and war, bronze and steel came into existence primarily as ways to make bladed weapons better, construction and, in the case of bronze, art, were secondary markets.

For instance, Nylon came along and made silk a minor player in clothing, and even replaced metal and rubber in some industries such as plumbing.

Plastic was seen as a miracle material only a few decades ago, however, it is now seen as a pariah by some. Some of these materials may be decades away from being of use to the majority of us and yet others may change our world forever, before 2020.

Aerogels are amazing, true future materials. Aerogels are made by the supercritical drying of liquid gels of alumina, chromia, tin oxide, or carbon It is perhaps the simplest to understand; familiar materials but with lots, and lots, actually, ridiculous amounts, of space. In fact, aerogel is 99.8% space. There is so much space that a 1-inch cube has an internal surface area to cover an entire football field. The material currently holds 15 entries in the Guinness Book of Records for its properties. Sometimes referred to as ‘frozen smoke’ (just look at the pic below) it’s properties mean that it is a fantastic insulator that can hold a stack of wax crayons while being heated from below.

Aerogel made from graphene has been shown to be lighter than helium and only twice as light as hydrogen, so imagine airships made from graphene aerogel floating in the skies without any fuel required (at least not to keep it afloat – provide your own propulsion). Another way to think of this is as the most fantastic carbon sponge. 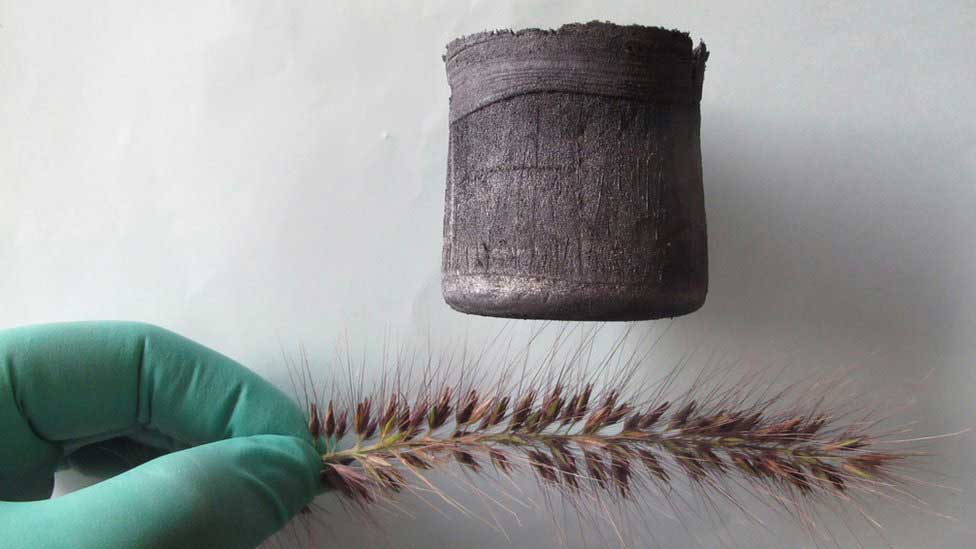 If there is one material which belongs to this list of future materials, it is graphene, it has become synonymous with future materials, it is graphene. First created at Manchester University, this amazing material has properties that seem fantastical. In actual fact, graphene is simply an allotrope of carbon, a single layer of carbon atoms arranged in a hexagonal matrix. In fact, the researchers who discovered it simply used some scotch tape, stuck it to a graphite crystal and when pulled off it contained layers of graphite that were processed into graphene. Try it yourself with the scotch tape and a graphite pencil. The potential applications of graphene are immense, there are currently over 15,000 patents for the material around the world. It’s properties mean that it is perhaps the most useful material in this list.

There’s a reason that Spiderman can swing through the city and capture the bad guys and tie them upside down from buildings, his version of spider silk. Spider silk has long been known to have amazing qualities, it is 5 times as strong as steel of the same weight. Because it is a natural material, so far it has been difficult to synthesize it. That was until a Japanese company, Spiber, developed artificial silk made by bacteria fed on sugar, salt, and other micronutrients.

Carbon figures quite heavily in this list of future materials and carbon nanotubes are an amazing example of it. The nanotubes are long chains of carbon held together with a bond stronger than that of a diamond. The properties include ballistic electron transport, making them ideal for all types of electronics. They are also immensely strong, in fact, 300 times stronger than steel. This strength makes the material ideal for something as out of this world as a space elevator. Imagine buildings stretching miles into the sky. Their length to diameter is an astonishing 132,000,000:1, so in theory, 1inch of carbon nanotube could be 25,000 miles long.

Also known as Amorphous Metal, these future materials are basically metals which have a distorted atomic structure. This structure allows them to disperse impact energy much more effectively than normal, crystal structure, metals. Currently used in armor-piercing ammunition but they are being tested as incredibly resistant armor and in the electronics industry.

Created by adding a foaming agent with titanium hydride to molten aluminum which is left to cool. Titanium and Tantalum can also be used as the base metal. Metal foams keep their strength but the weight decreases immensely, up to 95% of the material is space. The resulting material is therefore as strong but much lighter, leading to applications in space travel, space colonization for floating cities, etc. Away from these exotic uses, it could also be used as a bone replacement and has been used on a husky dog’s back legs as a bone replacement, making this an essential part of any list of future materials. 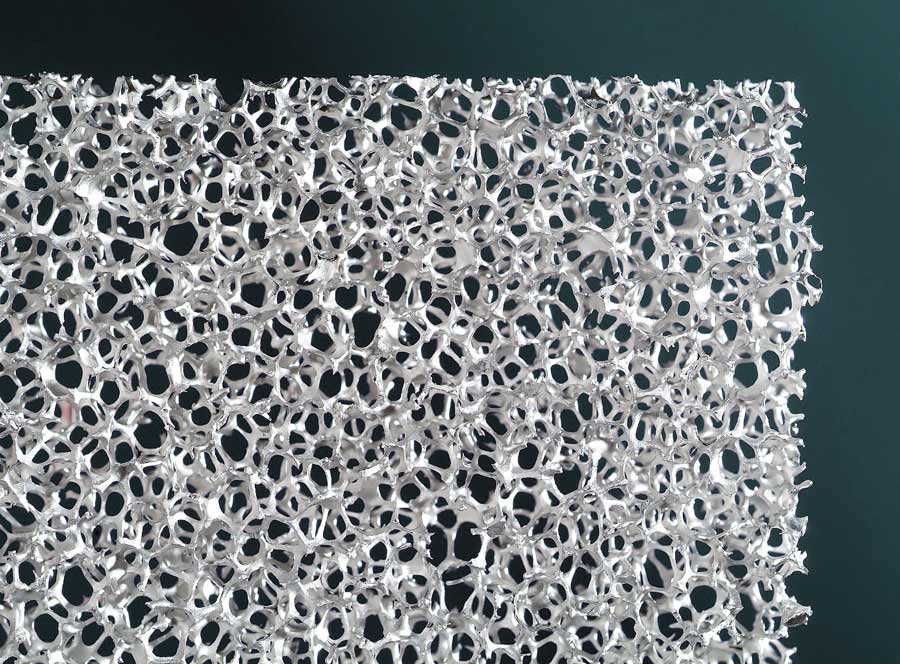 There’s a seen in Star Trek 4 where they use transparent aluminum to transport a whale from the 1980s into the future. Many people will be surprised to know that this exotic material does actually exist, it is correctly called Aluminum Oxynitride. It is 3 times stronger than steel and yet transparent. The composition of the material is not only aluminum but also Oxygen and Nitrogen in their white powdered forms. This powder is then fixed in a mold and this is then subjected to extreme pressure and 2000 degree heat for several days. The result is then polished for the transparent look. The trade name for this is Alon. Current uses for Alon include the armored vehicle industries, optics, and deep-sea vehicles. 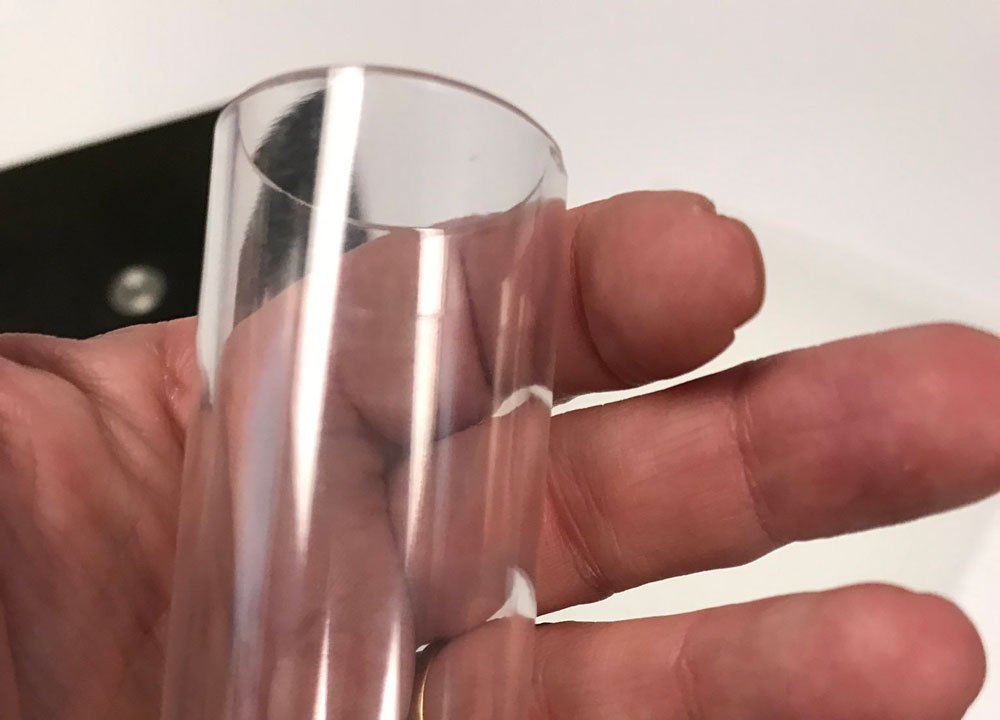 Some people have been unlucky enough to have their fingers stick together when using superglue. It is a massive annoyance but can you imagine if that happened with a glue that binds materials at the molecular level?

Researchers at Oxford University have created just that nightmare. And to make it sound even worse, it’s made from a certain critter named Streptococcus pyogenes, otherwise known as the flesh-eating bacteria! They took a single protein from the bacteria to develop the glue. So, just how strong is the glue? Let’s put it this way, the equipment to test how strong the glue is, broke before the glue did.

Wisconsin Metal Tech is a future-thinking company, we are always developing our services to stay ahead of our competition.  It may not be a future material but many types of steel, including 4140 are the most useful that we have.

Get in touch today!

Complete the form, upload any files you need a quote on and click Send. All fields marked * are required. We’ll get back to you as soon as possible. Thank you.

You may have heard of Swiss machining but most people don’t have an understanding of it, that’s why this guide answers the most important Swiss Machining FAQs.

16 Secrets of the SR71 Blackbird

It’s the Secret Plane with secrets. Read this amazing article to discover the 16 secrets of the SR71 Blackbird, the plane that could outrun a missile.